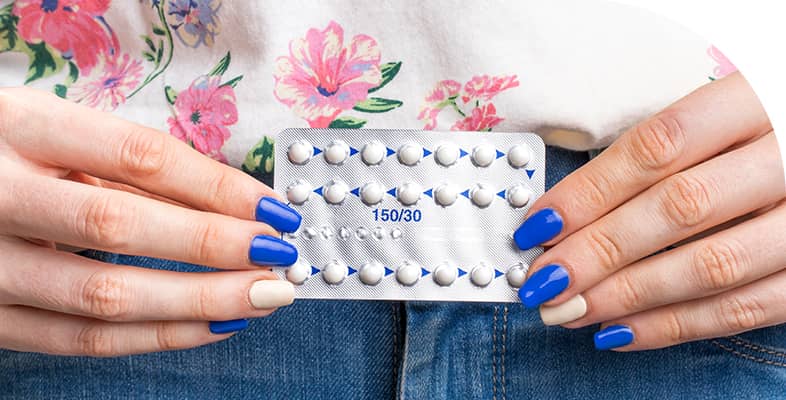 Contraception is a way of preventing unwanted pregnancies. A contraceptive pill, condom or implant can stop ovulation and thicken cervical mucus, so sperm can not easily get through it. Contraceptives also consist of hormones that are released into your body and prevent ovulation as well.

Book An Appointment Online or Call Us

A contraceptive diaphragm or cap consists of a soft, thin, silicone dome inserted into the vagina before sex. As a result, sperm can not enter the womb (uterus) to fertilise an egg.

Combined oral contraceptives are often referred to as “the pill”. This is because the hormones it contains are synthetic versions of those produced naturally in the ovaries, estrogen and progesterone.

An egg (ovum) may be fertilised if the sperm reaches it. The process of contraception usually involves keeping the egg and sperm separate or preventing an egg’s release (ovulation).

Condoms for women are made of soft, thin synthetic latex or natural latex inserted into the vagina before sex. The inner ring sits at the opening of the vagina and prevents sperm from entering, while the outer ring stays outside of your body to cover part of your penis. Female condoms are also known as internal or inside condoms because they go inside you. To prevent semen from entering the womb, they are worn inside the vagina.

The male condom is a latex or polyurethane sheath that fits over an erect penis. It is rolled onto the erect penis before intercourse, and it acts as a barrier to prevent pregnancy and STI transmission during sexual activity.

The contraceptive implant (Nexplanon) is a small flexible plastic rod that’s placed under the skin in your upper arm by a doctor or nurse.

It releases the hormone progestogen into your bloodstream over three years. The hormone prevents eggs from being released from the ovaries (ovulation) and thickens the mucus at the entrance to the uterus (womb), so sperm can’t get through.

Contraceptive injections prevent pregnancy by injecting a synthetic version of the hormone progesterone, Depot medroxyprogesterone acetate, or DMPA. It is also called Depo.

Depo prevents the body from producing its own hormones and releasing eggs from the ovaries.

In Australia, there are two birth control injections available:

An intrauterine device (IUD) is a small T-shaped plastic and copper device that’s put into your womb (uterus) to prevent pregnancy. It releases copper to stop you from getting pregnant and protects against pregnancy for between 5 and 10 years. As a result, it’s sometimes called a “coil” or “copper coil”.

The two types of IUD available in Australia are the copper IUD and the hormonal IUD (Mirena).

The hormonal IUD contains progestogen, a synthetic version of the hormone progesterone that women make naturally.

The Hormone Releasing Intrauterine System is a progesterone-releasing intrauterine system (IUS) and is the most effective contraception. It’s a small T-shaped device that fits into your uterus, with its 2.8×2.8cm size being quite manageable for insertion into any woman’s body type.

It has been clinically shown to be 99% effective at preventing pregnancy. However, as reliable as permanent birth control methods such as vasectomy or sterilisation, but reversible if desired, it isn’t easy to switch between long-term contraceptives without compromising fertility.

The process of natural family planning is a term used to describe the act of monitoring and recording different fertility signals during one’s menstrual cycle to work out when one is likely to get pregnant. It can often be cumbersome, but it offers women effective contraception that doesn’t involve taking any hormones or drugs with side effects.

For women who can’t have oestrogen, progesterone-only contraception offers an alternative. Progesterones increase the thickness of cervical mucus to block sperm and make it harder for fertilised eggs to attach themselves. The traditional hormone pill (the POP) thickens this protective barrier every day, so that pregnancy is impossible without a contraceptive device like condoms or other options in place.

A vaginal ring is a soft plastic ring that contains two types of hormones-oestrogen and progesterone. These hormones are similar to those made in your ovaries and are like the hormones in the contraceptive pill.

Oestrogen and progestogen are released into the bloodstream by the vaginal ring to prevent pregnancy. In addition, hormones are absorbed through the vaginal walls. It works mainly by stopping your ovaries from releasing eggs (ovulation) and thickening the mucus in the cervix so that sperm can’t enter the uterus.

There are 2 permanent methods of contraception:

Female sterilisation is one of the most effective forms of birth control available. This surgical procedure blocks a woman’s fallopian tubes, preventing fertilised eggs from coming into contact with sperm and becoming pregnant.

It requires surgery to cut or seal off sections of each tube separately while they’re still inside your body so that an egg can’t travel through them into your uterus.

A vasectomy is a surgical procedure that sterilises the male reproductive system and prevents it from fathering children. The operation does not change sexual desire or performance sexually; it will not stop semen production. A Vasectomy can be reversed, but this process may require more complicated surgery later on down the line should they want kids again-which many people do! 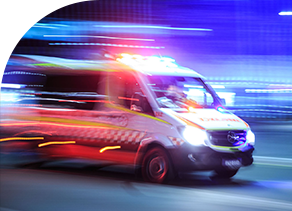 For serious injuries and illness,

call an ambulance on triple zero (000) or visit your nearest hospital emergency department.

Booking an appointment with our team is convenient and easy. Click the Book now button to schedule your next doctor appointment.
Book An Appointment

The Ridge Medical Centre is committed to providing holistic, quality medical care by listening to your concerns and creating a management plan tailored specifically for you.